The Problem with Being Zimbabwean

Noviolet Bulawayo  looks as if she is preparing to attend a funeral. In a black dress and jacket and wearing a grave expression, she strides along the pool outside a Rosebank B&B to meet me on the veranda.
Her demeanour matches the bleak heaviness that pervades her first novel, We Need New Names, which deals with Zimbabwe in a state of "falling apart" and the pains and struggles of living in exile in the US. To say it has been well-received is an understatement; it's the first Zimbabwean novel to crack the Man Booker short-list, making her the first black African woman to have received this accolade.
"For a fresh face it gives you courage. Writing is a very difficult career. You don't know what is going to happen; you write because you must write," she says, before adding the ubiquitous, "it has been very humbling."
Ironically, part of the novel's acclaim is linked to the humour that undercuts her dark subject-matter - the back of the book's cover carries an excerpt where the word "laughing" is reiterated. Her humorous side is well disguised during the interview. She's prickly, only smiles once and in response to comments or questions she often nods her head and offers a brusque response: "yup, yup".
At first I put this down to a reticence to being interviewed - writers tend to shy away from such encounters - but later decide it could be a consequence of her immigrant status in the US, which has made her sharply self-conscious and aloof. Another consequence is her attachment to her identity as a Zimbabwean and African.
"The States is one country that sharpens your identity, for me because I am not an American and it is a space that boxes people. It never occurred to me that I was black and African until I got to the States and those categories mattered. I grew up in a township and went to schools were everyone was like me. I never experienced life in racialised degrees. When I got to the States I realised I am black but not part of black America and that consolidated my identity as an African."
It is not easy holding on to that identity after living in the US for over a decade, Michigan at first and then spells at Cornell (Ithica, New York) and Stanford (Stanford, California) universities. Yet she doesn't speak with an American twang.
This is a surprise - Lauren Beukes, the celebrated local author, still proudly sports one after living in that country for a few months 10 years ago.
"I didn't want it," she asserts, as if adopting an accent is a choice. Claiming or holding on to her identity isn't incidental to the novel; it is her way of maintaining a link with her homeland, coming to terms with what it has become in her absence and, as the title implies, it speaks of the nature of redefining oneself elsewhere, a condition that has, in the wake of the mass exodus of its citizens, become a characteristic of being Zimbabwean.
In one of the final chapters where Bulawayo slips into a diatribe about an immigrant's existence and reflecting on the psychological cost of being "illegal", she writes: "We did not want their attention. We did not meet their stares and we avoided gazes. We hid our real names and gave false ones. We built mountains between us and them, we dug rivers, we planted thorns."
Perhaps it was too much to expect her to operate like the narrator, Darling, a sassy and sarcastic character who shoots from the hip and is able to detect when something is "kaka". Significantly, Darling loses this fiery spirit when she immigrates to the US, shifting the narrative voice into a different gear, where she seems more of an observer, working in low-level jobs as a cleaner or at a recycling centre, where she sifts through |the detritus of this consumerist society. Bulawayo says she didn't consciously plan this change in the narrative voice.
"It's not her, it is the space, voice is tied to geographic space. I spent my first year in silence in the US. People thought I was quiet and shy. In reality at home I was one of the noisiest rowdy kids. When I got there I died down. Every time you encounter Darling in Zim she is with friends. In the US she is behind closed doors, looking at the snow. It is the space that stifles the individual and for immigrants, just not being able to express yourself in your language makes you a different person. I am one person when I am speaking Ndebele, but I am also a different person. That is what is happening to Darling. She is a changed person because the space changes her."
Bulawayo frequently switches between talking about herself and Darling. It's as if they are one and the same. It's easy to draw parallels between Bulawayo and Darling; their lives are mirror images of each other. Well, to a point. Both women are born-frees in that they arrived in the world after Zimbabwe gained independence and both eventually settled in the US and struggled with adapting to life in that country and with their voluntary form of exile.
Where their lives differ is quite significant and has an impact on the book's credibility to some degree. While Bulawayo's childhood in Zimbabwe was "beautiful and normal", Darling's is marred by extreme poverty, violence, instability and the sorts of horrors no child should be exposed to. She is rooted in a society that seems to have collapsed; there isn't enough food, none of the children attend schools or live in regular homes. This community has become so twisted that even a preacher humiliates and abuses a woman in front of his parishioners under the guise of ridding it of sinful behaviour. This isn't just a community that has lost its moral compass, it seems to have lost its humanity.

Read more »
Posted by Mary Corrigall at 03:04 No comments: 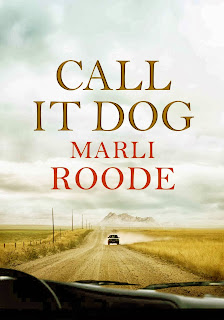 Call it Dog (Atlantic, Penguin) is not an easy book to get your head around. Essentially, it is a quest narrative: the protagonist, Jo Hartslief, returns to South Africa after a 10-year absence to cover the xenophobic violence sweeping the country in 2008, but this soon evolves into a cross-country road trip with her semi-estranged father, Nico.
He enlists her help to try to prove his innocence of complicity in the death of an ANC cadre who was tortured and murdered by operatives of the apartheid-era CCB (succinctly described by Wikipedia as "a government-sponsored hit squad".)
What is the truth about her father? The novel takes us into murky territory, and its keynote is uncertainty or indeterminacy. Is her father a pathological liar and devious manipulator, or was he a man with some elements of decency who found himself in over his head? What is, or was, he guilty of? Is he just the fall guy?
What are Jo's obligations to him? Should she help him prove his innocence - or should she turn him over to the police?
Whatever he may have done, he is also Jo's father - and "the only family (she) has left". (Her mother died when she was 12.)
Much of the novel consists of a verbal sparring match between Jo and her father as she (vainly) tries to establish the truth. Is she simply "indulging his bullshit"?
Does she become his accomplice, or even his hostage? "You have no idea who I am," she tells her father at one point, but this comment could just as easily have come from him.
And what should you make of the shadowy Gideon van Vuuren, the "star player" for the notorious Koevoet, whom we never actually meet? He seems to be the "Prime Evil" in this scenario, inspiring fear in former colleagues - and he is possibly responsible for the car crash that killed Jo's mother, and for the crash that nearly kills Jo, and that results in the disappearance of her father (he exits about two-thirds of the way through the narrative). But does Gideon even exist, or is he a figment of Nico's imagination?
To further complicate the situation, we have Paul Silongo, son of the murdered man, with whom Jo (rather improbably?) develops a relationship.
He is a rising star in the ANC in Gauteng, and seems plausible and likeable. But how much does he know - and is he in turn using or manipulating Jo?
It is just plausible that he might meet her at the airport - she had spoken to him on the phone, and arranged to interview him in South Africa, but would he go to so much trouble on her behalf? Is he flirting with her, or is he stalking her (and using her to get to her father)? As with so much else in the novel, the reader can't be sure - but Paul does seem a whole lot nicer than her father.
The meticulously detailed descriptions anchor the novel in reality, and reinforce the impression that Jo often feels like a stranger in what is (or was) her own country.
However, a novel can stand only so much indeterminacy and uncertainty: one expects some degree of clarity to emerge, even when one is dealing with events back in the Eighties that were never fully uncovered by the Truth and Reconciliation Commission (TRC), and with people who would never willingly appear before the TRC.

Read more »
Posted by Mary Corrigall at 02:56 No comments: