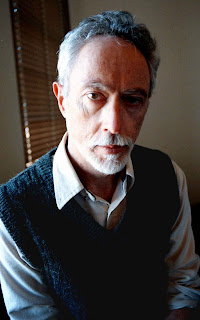 In such a context, Glenn’s claim that “SA literature does not matter very much any more” gains substantial credence, although one must distinguish between “English” SA Lit and its healthier Afrikaans counterpart.
Unlike its wobbly-kneed English equivalent, the Afrikaans scholarly establishment continues to look after its own writers, and to curate and memorialise its own literary figures.
In fact, an Afrikaans writer is what you really want to be in the current context, because if you’re good enough, you’ll not only get some “national” validation (real reviews, real critical attention), but you’ll also be translated into English and perhaps other  languages – and then you can be exposed to the only market that matters any more: the transnational one.
André Brink has long been onto this game, writing for both the domestic Afrikaans market and |the beyond-SA “English” market simultaneously.
If, in passing, some English-speaking South African readers (or, very unlikely, academics) pick up his work, that’s all very well, but it’s a mere windfall. The real action is elsewhere.
Pity the old-style SA “English” writer, who publishes a print run of a few hundred and sells only a smallish portion of that print run (as the joke goes, mostly to friends and extended family). Pity especially the SAE poets, who not only see a mere handful of sales, but must be content with a few bookshop events – hyped-up “launches” offering a simulacrum of scholarly discussion – because the academics, by and large, aren’t remotely interested in reading them any longer. (I see nowadays they’re taking to posting their poems on Facebook.)
In my own travels beyond South Africa over the past 10 years or so, and more recently, I’ve noticed the singular irony that “South African literature” is taken far more seriously as an academic subject in Europe and the US than it is on home ground.
So, when Glenn remarks that “most (critical) attention” in SA Lit now goes to thrillers such as Deon Meyer and Margie Orford” – poor old Mike Nicol, formerly an SA Lit writer, now a crime writer, doesn’t even crack a nod – he isn’t far off the mark.
It’s because thrillers are inherently (or potentially) transnational – see how they zoom in on South African cities with the panoramic sweep of the “outside eye” movie camera, and then focus ever closer to reveal the muck under the beautiful surface. That’s the basic trick.
Such works allow for a re-drawing of the formerly closed-in terrain with a wider, outside-in lens. Everything has turned inside out – and so must the writer.
It therefore makes perfect sense that our hottest current writer in world terms – important in view of the current paradigm of globalism in literary studies – is Lauren Beukes. Further, it makes sense that, after first doctoring Cape Town and Joburg out of all recognition, Beukes has now – in The Shining Girls – moved on to Chicago as her fictional setting.
Just recently I sat in a New York moviehouse and watched Searching for Sugar Man. This chronicle about how musician Rodriguez became wildly popular in South Africa in the 1970s and 1980s, while remaining unknown in his native US, vividly recalls a landlocked South Africa that is no more, a special-case nation where we could live in a hall of mirrors and indulge in a kind of extended cultural narcissism.
Then I watched an anodyne, weirdly musicalised Peter Brook production of Can Themba’s story The Suit at the Brooklyn Academy of Music, and I realised: this is the new life of the old SA Lit. Transnationalised, and transformed. Other to itself. Isabel Hofmeyr, a foremost scholar of transnationalism, has been saying this for a while, and her new book, Gandhi’s Printing Press, will say it much better. But it still takes some getting used to.
For all these reasons, JC Kannemeyer’s biographical tome on JM Coetzee – a fine, modest, and monumental work, which partly started the trouble between Coovadia and Glenn – stands out as a beacon of a passing order, when individual greatness in relation to a particular national identity still mattered. Coetzee, in fact, exemplifies the transition between the old and the new orders.
Glenn is right about South African literature not mattering very much anymore, but the reasons for this condition go far beyond a mere ranking of individual writers. The world, quite literally, has changed. - published on February 24, 2013.
Posted by Mary Corrigall at 04:44