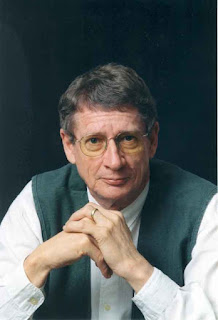 André Brink's latest novel, Philida (Harvill Secker), deals with the life of a slave woman immediately before the announcement of the emancipation of slaves, which took place at the Cape in 1834. Only in 1838 were they finally free to leave their masters.
The first chapters of the novel record that she suffered gross sexual exploitation, a commonplace of slavery. There was a shortage of women; slaves were in almost every sense the property of their masters and the law was administered by white men who had a strong interest in evading provisions designed to protect slaves.
Perhaps the most inhuman feature of the concubinage of slave women was that their children by their masters were included in the slave group, and often sold by their biological fathers.
The paradox at the root of slavery is that slaves are as much at the disposal of their owners as a chair or a bowl, yet both parties to this horrible relationship know them to be as human as their owners. This produced a climate of secrecy; everyone knew but owners refused to acknowledge that all kinds of abuse, from rape to murder, were taking place. Historical sources - the diaries of Lady Anne Barnard are probably the best example - make this clear, but they leave the novelist with a problem. If no one was allowed to speak of these horrors, in what voices can an author tell the story of slavery? Brink's answer in 1983, when he published A Chain of Voices, was the casting of his narrative into a series of internal monologues, as he has done here, where the story is told in the thoughts of the interacting slaves, owners and officials. Here the thoughts of Philida, her master, his son and the official to whom she testifies are used to tell the story. As in A Chain of Voices, the agonies can seem overemphasised, and the reaction of this reader was often, in the first section, "I've got that point now".

Read more »
Posted by Mary Corrigall at 04:21 No comments:

Between Texts and Places 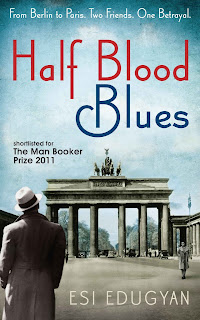 "Think about it. A bunch of German and American kids meeting up in Berlin and Paris between the wars to make all this joyful music before the Nazis kick it to pieces? And the legend survives when a lone tin box is dug out of a damn wall in a flat that once belonged to a Nazi? Man. If that ain't a ghost story, I never heard one."
This is one summary - bare as it is - of one of the two central narratives in Half Blood Blues by Esi Edugyan, which has been nominated for the Man Booker Prize. Both narratives are narrated by Sid Griffiths, a jazz bassist and a native of Baltimore in the US who in 1927 found himself gigging in Berlin. This precis does not add "flavour to the story", observes Sid when he reflects on an insignificant detail of another summary of the same story.
Completing the rhythm section with Sid is drummer Chip Jones, also from Baltimore and a friend since childhood. They are both black, but Sid is light-skinned - he has family members who pass for white in the US - and there are times in Berlin where this is to his advantage. As war approaches in Berlin (and soon will break out), Sid and Chip meet up with various German musicians and eventually form the Hot-Time Swingers, a band now comprised of Sid and Chip, a black German trumpeter, Hieronymous Falk, a Jewish German pianist, Paul Butterstein, and two white Germans, Ernst von Haselberg on clarinet and Fritz Bayer on saxophone. The band becomes popular in Berlin, eventually gaining even the interest of Louis Armstrong all the way in Paris.
At the centre of the band and the story stands Hieronymous. A prodigy, Hiero can play: "Stupid young for what all he could do on a horn. You heard a lifetime in one brutal note." And thus Armstrong's interest in meeting the band.
But Hiero is a mischling, literally translated as "bastard", "mongrel", "half-caste" or, indeed, the "half blood" of the book's title. Born in Germany to an African dad and a German mother, Hiero is "so dark no soul ever like to guess his mama a white Rhinelander? [But] if his face wasn't of the Fatherland, just bout everything else bout him rooted him there right good".
On the eve of World War II, then, and on the run following a brawl with a group of Nazis during which Chip kills one of their attackers, Hiero, Sid and Chip make their way to Paris. Paul, it turns out, will have been captured and sent to Saschenhausen, Fritz will join a Nazi-approved band, and Ernst, from a wealthy and influential family, will remain in Germany for reasons unclear. Soon, war breaks out and, not long after, Germany invades and occupies France, which is where the story begins.

Read more »
Posted by Mary Corrigall at 03:53 No comments: 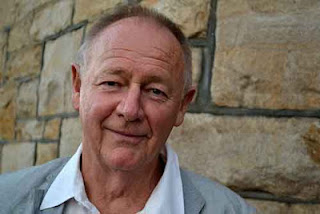 Read more »
Posted by Mary Corrigall at 03:55 No comments: 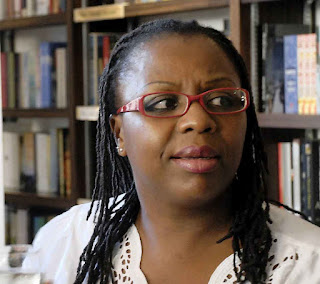 Read more »
Posted by Mary Corrigall at 00:37 No comments: