Digging beneath the sparkle of The Shining Girls 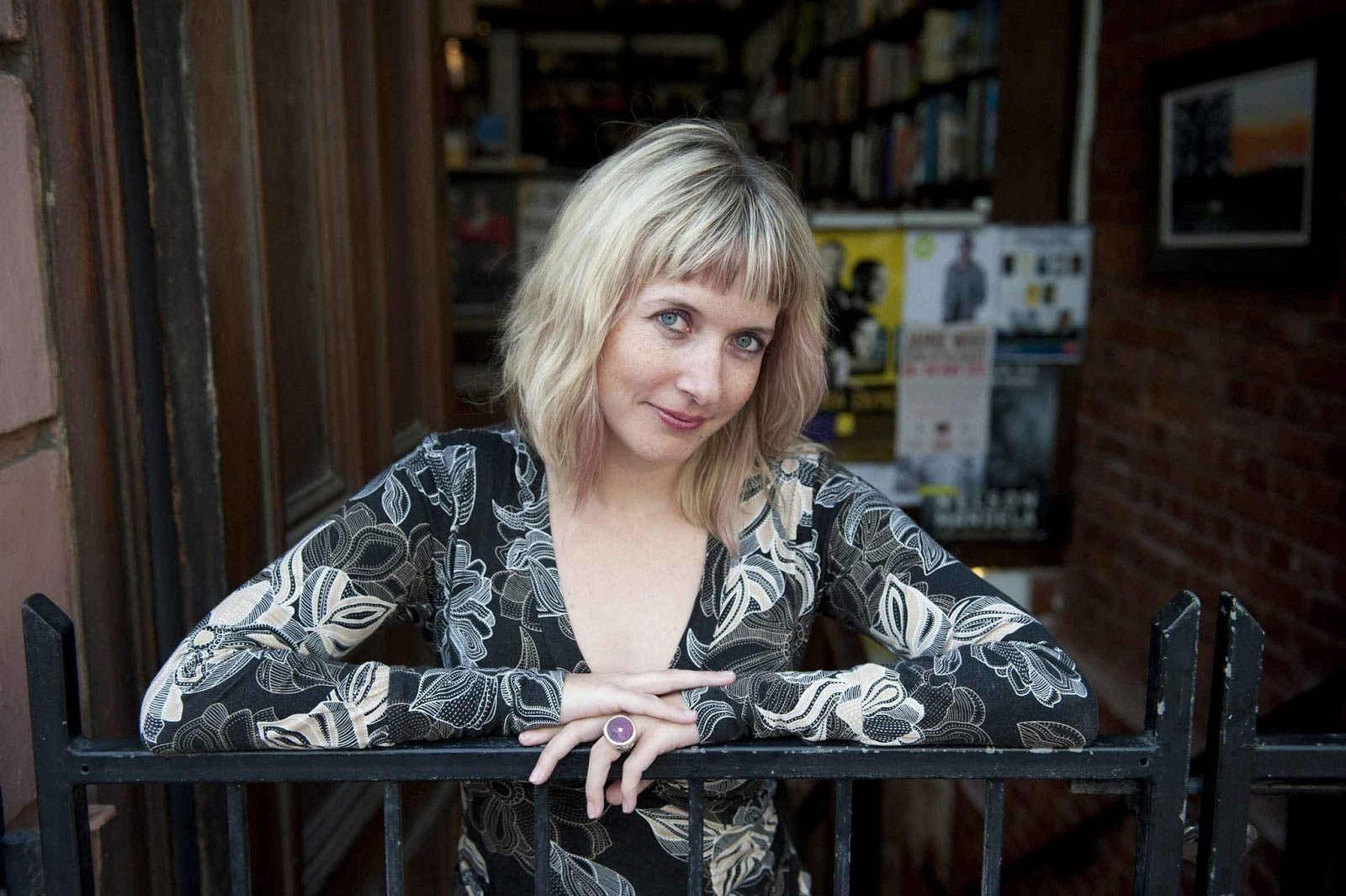 Lauren Beukes is ever the golden girl in her gold dress with cameras trained on her as she poses on the balcony at Zietzies in Brixton. Despite all the success she seems grounded, perhaps to a fault; she's overly interested in accommodating me - "where do you want to sit? Are you comfortable here?" A former journalist, she probably over-identifies with her interviewers. It's an endearing quality.
It's too easy, if not facile, to dub her the Shining Girl, the title of her new novel. Undoubtedly she is a successful novelist and not just in South Africa, where a paltry sale of 2 000 books gets you on the best-seller list, before you go out of print; though Zoo City, her breakaway novel, shall we call it, was out of print until it won the Arthur C Clarke Award in 2011.Beukes is quick to mention this with a note of bitterness, or is it irony? She recounted the same story during a radio interview the day before. Maybe she sees it as a triumph.

Most surprising about her success is that her work appears to be a hit with this country's literary intelligentsia. Rarely is commercially successful genre literature embraced by intellectuals, though the advent of genre literature in this country seems to be setting academia alight. Ever on the lookout for "transliterature" or works that no longer mine the clichéd white-guilt apartheid themes, the sci-fi spin - Zoo City sees people attached to animal "familiars" - seems to offer the imaginative leap that some feel South African literature has been lacking.

It is fitting that this "transnational" literary heroine speaks with a heavy American twang. Even more appropriate is the fact that she can't explain it - way back, and for less than two years, she lived in Chicago, where The Shining Girls is set. It is centred on a time-travelling serial killer called Harper Curtis, a coarse, hard man who begins jumping through time after hitting upon a house in the 1930s that is something of a black hole.

Is setting a novel in another country really an imaginative leap or is it an extreme form of avoidance, repression or denial? It may even be a cop-out; it alleviates the need to negotiate the sometimes irreconcilable socio-political issues of our times.

The most interesting aspect to her latest novel, which is littered with Americanisms, is the way she has cannibalised that culture. It almost reads like a cinematic postmodern pastiche.

Read more »
Posted by Mary Corrigall at 06:00 No comments:

Reflecting on the Struggle Years from Afar 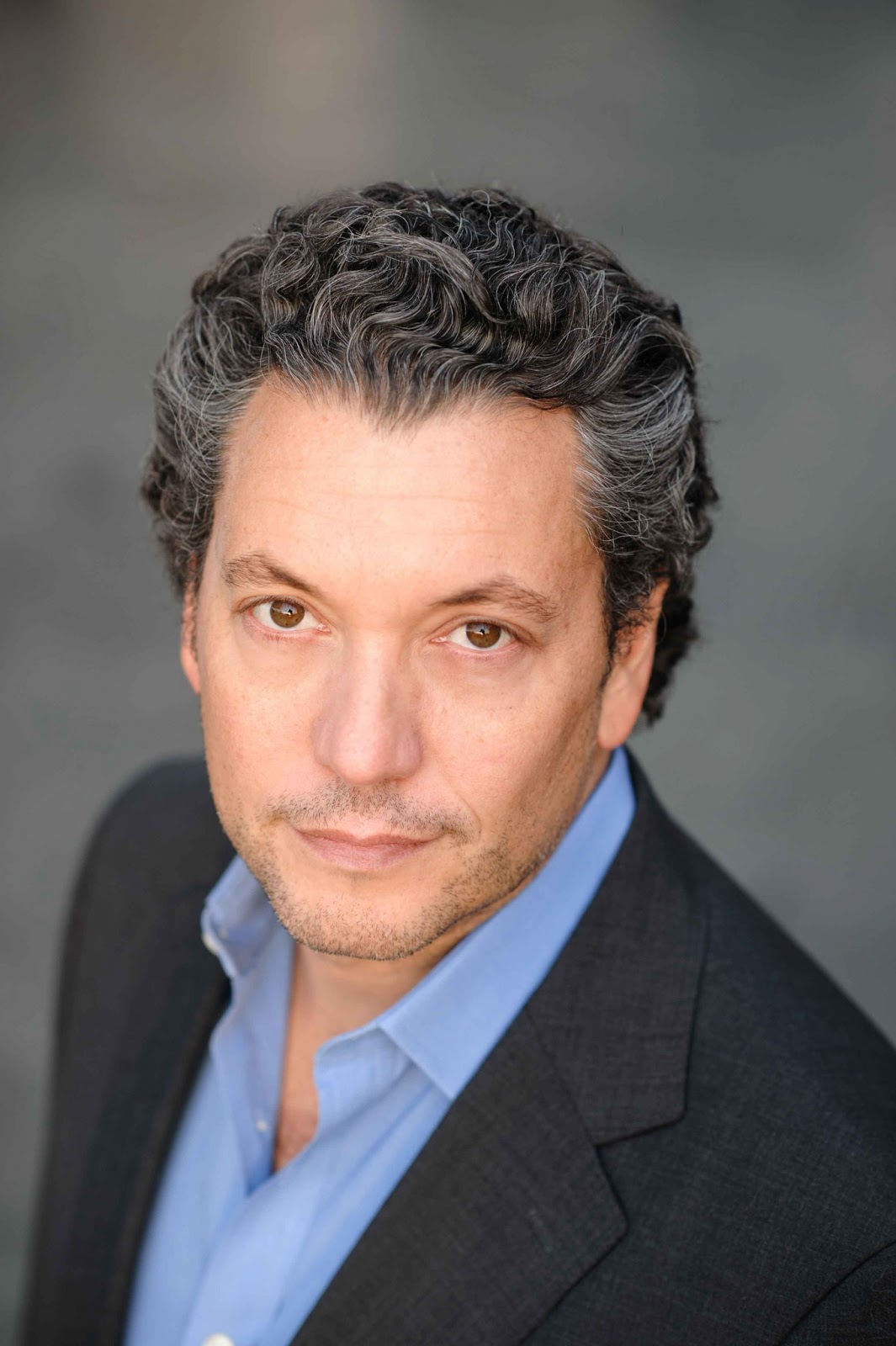 At the centre of this thought-provoking, debut novel by Anthony Schneider, A Quiet Kind of Courage (Penguin) is Henry Wegland, an octogenarian ex-South African of Jewish (Lithuanian) extraction, a one-time member of Umkhonto we Sizwe (MK), involved in a minor way in the sabotage campaign of 1961.
In some ways it is easier to say what this novel is not than what it is. It is not a gripping linear narrative of events related to the armed resistance campaign of the early '60s. It is not a triumphalist narrative celebrating the heroism of the leaders (and cadres) of the resistance movement.
Given the author's location and personal history (New York; one of his grandfathers was, like Henry, a Struggle veteran who lived much of his life in exile) the novel relies in part on imaginative reconstructions of a momentous era (South Africa in 1960/1961).
The author's distance (in both time and space) from many of the events he describes means the novel is not informed by first-hand observation and experience in the way that other notable South African political novels are - novels such as Jonty Driver's Elegy for a Revolutionary, or Alex la Guma's In the Fog of the Season's End, or Mongane Serote's To Every Birth its Blood.
Instead this novel works by juxtaposition, through a juggling of several narrative strands.
In the first place there is Henry, the retired law professor and one-time MK "foot soldier", who is now in his eighties.
In spite of the apparent vindication of what he has struggled for (the ANC is in power), his life is suffused with regrets - for the Liverpool of his early childhood and the larger-than-life figure of his Uncle Isaac, for the wife (Sarah) and lover (Nellie Mkhatshwa), both of whom he left in South Africa, for the daughter he never had, and for what might be construed as his betrayal of his son Glenn.
Arguably the real burden of the narrative is the troubled relationship between Henry, his grandson Saul, and Glenn.

Read more »
Posted by Mary Corrigall at 05:57 No comments: 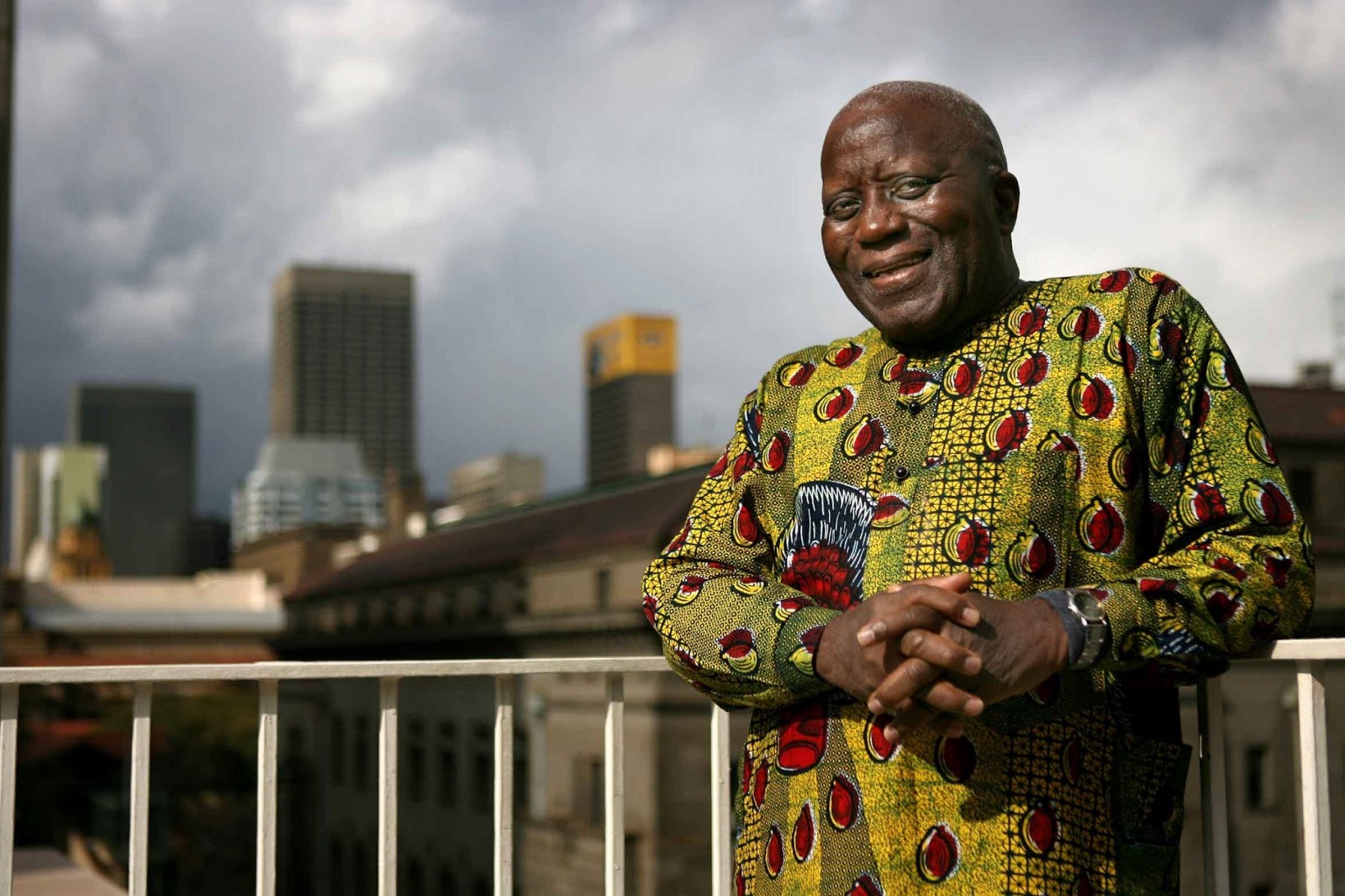 How do you revitalise a book that has become a classic 41 years after it was published? And how do you read poems that you've lived with for many years with a new eye? These are the questions raised by the republication of Mbuyiseni Oswald Mtshali's Sounds of a Cowhide Drum (Jacana).
Let us begin by taking a step back into the past. Poems from the collection littered my path as a student of literature over many years. The detribalised, Sounds of a Cowhide Drum, Always a Suspect and Bow on a Swing have been favourites of teachers and anthologists. They have been commented on by critics again and again. The collection, as a whole, has assumed a position of importance as a key intervention at a time when writing by so-called protest writers of the 1950s and 1960s had been silenced by censorship after the 1960 Sharpeville Massacre.
As writer Richard Rive noted in a 1977 essay in the journal English in Africa, writers like Es'kia Mphahlele, Bloke Modisane, Lewis Nkosi, Dennis Brutus and others had voluntarily or involuntarily gone into exile in other countries. Those who remained were banned or their works were banned. Hence, says Rive, "For almost a decade there was no literature by blacks and when one did emerge in 1971 with Mtshali's Sounds of a Cowhide Drum there was almost no precedent for it."
The collection has received great acclaim, which has grown over the years, for poems that turned away from protest writing's sloganeering. It has been lauded for Mtshali's astute capturing of the detail of people's daily lives and struggles in Soweto, Joburg and in rural KwaZulu-Natal. Most important, critics have seen great value and skill in Mtshali's devastatingly understated critique of apartheid through a brilliant use of irony.
Given the acclaim the collection garnered, how, then, did it receive a new lease on life when it was republished?
The republished book makes another important intervention. All the poems have been translated into Zulu. Alternate pages carry English and Zulu versions. Mtshali translated the poems himself. The publication of the poems' Zulu versions is part of a growing and admirable trend to promote reading and writing in African languages.

Read more »
Posted by Mary Corrigall at 05:52 No comments: 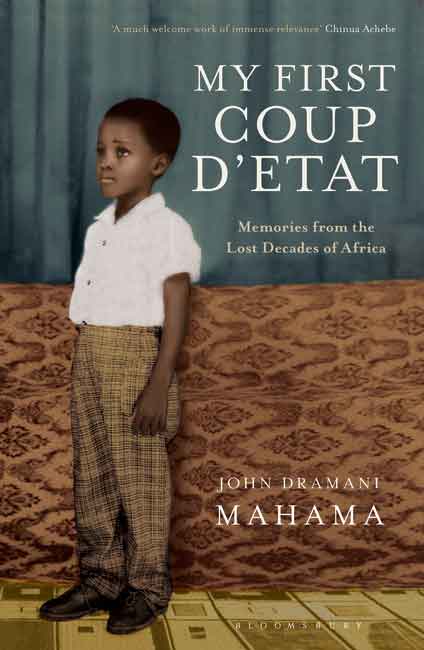 In My First Coup D’Etat (Bloomsbury Publishing, London), John Mahama, Ghana’s current president, offers an ambitious account of Africa’s post-independence transformation through the lenses of his personal experiences and those of his native country.
He focuses on the years between the late 1960s and 1980s, a period that has been described as Africa’s “lost decades”, and one that corresponds with the awakening and growth of national consciousness in him. Mahama also writes about African culture and Western influence, about the beauties of the countryside and the joys of family life.
By speaking (in his introduction) of Africa’s “survival” through periods of social, political and economic turmoil, Mahama’s view of the continent’s multiple dilemmas promised to be innovatively upbeat. But by the end of the narrative, this optimism becomes tempered by a note of cynicism expressed by a word in the Akan language of Ghana – “anaa” – which he interprets as an “invitation for doubt”; a word which questions whether we are “progressing or regressing”.
Mahama’s ethnographic sketch of Ghanaian politics since that country’s independence in 1957 is framed around correlating events and changes in different parts of Africa. He thus makes generous references to peoples, places and|happenings in countries as diverse as Nigeria, Libya, Uganda and South Africa. Mahama’s continent-wide historical approach in this book is also symbolic as it serves to recall Ghana’s pioneering role in post-colonial African nationalism as well as in the pan-African movement.
All this is important as it has been argued correctly that each country’s peculiar challenges need to be understood within the wider context of the continent’s shared history and experiences. Which may also be why this edition of the book is “adorned” by endorsements from African scholars – the recently deceased Chinua Achebe, Kenya’s Ngugi wa Thiong’o and Sierra-Leonean Aminatta Forna. Nigeria’s Booker winning author, Ben Okri, also contributes a thoughtful epigraph. (Yet, one might also surmise that Mahama’s position as the sitting vice-president – president by the time of the book’s publication – of one of Africa’s leading democracies could also have played a part in their favourable support.)
The book’s Africanist and historiographic orientations (as laid out in its introductory sections) are innovative and promising – however, its actual narrative content is a bit disappointing. In the first place, the stories tell more about Mahama’s father (to whose memory the book is dedicated), than about the author. Part of Mahama’s central focus, it appears, is the defence and explanation of his father’s wealth and roles (or lack thereof) in Ghana’s politics.

Read more »
Posted by Mary Corrigall at 04:50 No comments:

The Politics of Rewriting the Continent: Reflecting on Achebe's legacy 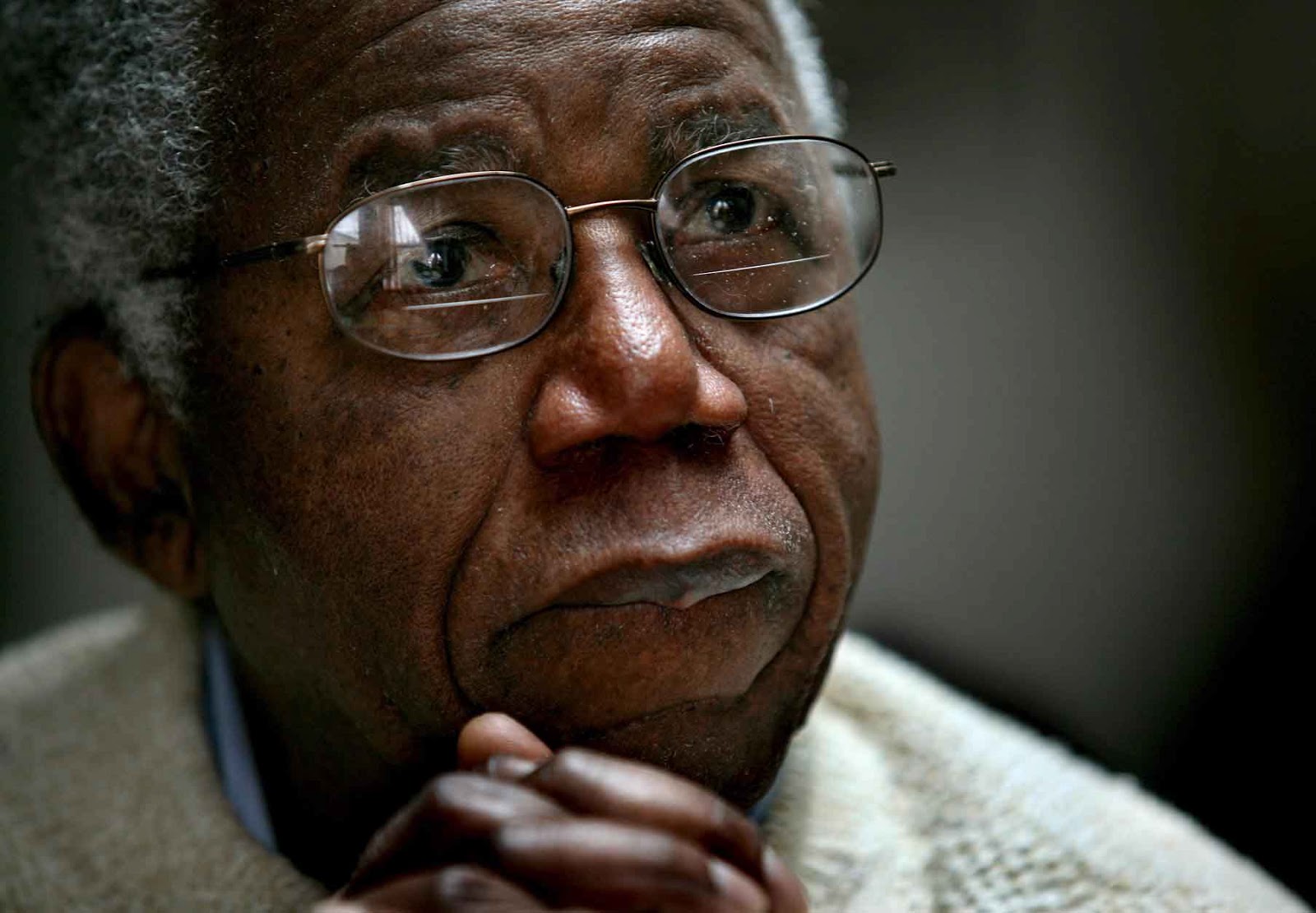 Regarding the outpouring of stories (fictional and non-fictional) in the aftermath of South Africa’s Truth and Reconciliation Commission, the literary critic Njabulo Ndebele observed in 1998 that this country represents “a living example of people reinventing themselves through narrative”. One man who understood the potential of stories to shape social imagination was the late Chinua Achebe.
Virtually all of Achebe’s writings reflect a passionate interest in the telling and retelling of history, indicating that this issue lay at the core of his socio-political commitment, and influenced his |other signature sub-themes.
In 1998, Achebe explained how jaundiced colonial versions of African history (including those that were openly fictional and those that claimed to be factual) affected him as a young writer. He was aware that stories “had been used to set one people against another and that the depiction of himself and his colour and his people and his race has been less than just; he then realised that he had a task. Not necessarily to confront other people, but to save himself because he was aware that there was a story, that there was another story about himself which was not being told. And so all he was doing really was to bring that other story that was not being told, bring it into being, put it among the stories and let it interact.”
The best-selling Things Fall Apart remains one of the most iconic examples of the “other story” that has successfully challenged ”authoritative”, racialised and pejorative depictions of formerly colonised people. It is reported to have sold over eight million copies worldwide and has been translated into many languages. Achebe summed up his novels as “re-|creations of the history of Africa in fictional terms”, an artistic and ideological enterprise that spawned extensive scholarship and won him high levels of critical acclaim.
Underscoring the immeasurable value of these stories, Achebe reportedly rejected a $1 million offer from American rap star Curtis Jackson (aka 50 Cent) to use the title Things Fall Apart for a movie. It is said Achebe saw the offer as an “insult” and his representatives reportedly said the book is “listed as the most-read book in modern African literature, and won’t be sold for even £1 billion”.

Read more »
Posted by Mary Corrigall at 04:46 No comments: