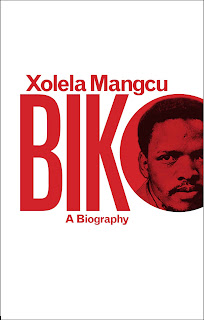 Read more »
Posted by Mary Corrigall at 02:29 No comments:

Psychic Ties: The Land Within 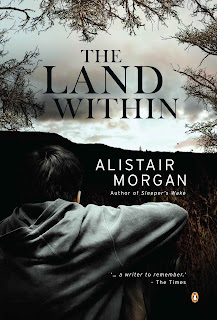 Alistair Morgan might belong to a rising faction of emerging authors but his literature carries the leitmotifs of his predecessors; white guilt, the politics of land ownership and the master/servant dynamic.
These themes find traction in his latest novel, The Land Within (Penguin SA), in predictable ways, though interestingly he doesn't deposit the weight of white guilt at the feet of the older generation. Instead, he unearths the baggage of his own precarious generation - those who don't readily view themselves as perpetrators nor can they claim the guilt-free status the born-frees enjoy.
He gradually unravels this psychic guilt via Henry Knott, an affluent, white man in his forties who is forced to confront his past when he travels back to the Karoo farm where he was raised. A corollary to this physical journey is obviously an internal one - as alluded to in the book's title.
The sights, sounds and textures of the external landscape trigger memories that push his psyche back to a tragic event he has presumably suppressed. Certainly, there is a sense that this event is tied to the land - it's literally and figuratively buried in the landscape - thus his confrontation with the past can only be realised through a physical encounter.
The spectre of death looms large, from the beginning of Henry's journey, carried at first in the pervasive aroma of carrion, leading him down the passage of time. The weight of his guilt is corrupting his encounter with the present, colouring everything.