Passing of a great intellectual

When I first read Mbulelo Vizikhungo Mzamane's Mzala (1980), a series of comical short stories about misadventures in townships, the short story genre instantly became my favourite. At the time the author was also the vice-chancellor and principal of the university I was attending.
The year was 1995 and I was a first-year student at the University of Fort Hare. Mzamane was the first post-apartheid vice-chancellor. It would paradoxically become the highest and lowest point of his career. In later years he would confess that it was not in his interest to be at the helm of the university. He always saw himself as a teacher: he wanted to teach.
As a vice-chancellor he was one of the most dynamic and cosmopolitan personalities we had ever known. Born in Port Elizabeth in 1948, Mzamane grew up in Brakpan and attended high school in Swaziland before completing a Master's degree at the University of Botswana and receiving a doctorate from the University of Sheffield (England). He had held academic, research and visiting appointments at Sheffield (UK), Vermont (US), Essen (Germany); Ahmadu Bello University (Nigeria), Yale (US), Boston (US), the University of South Australia and the Australian National University, among others. He had won numerous awards for his creative and scholarly works and published several works of fiction, essays and academic articles.
He was loved and respected by the late president Nelson Mandela and other leaders across the continent. Mandela described him as "a visionary leader, (and) one of South Africa's greatest intellectuals". He had been appointed by Mandela and later president Thabo Mbeki to various national positions, including the SABC Board and the Heraldry Council, and served as the director and chairman of several structures in the arts, culture, education and communications sectors. On the occasion of the 80th anniversary of the University of Fort Hare in 1996, Mzamane was able to bring to Alice Fort Hare alumni including Mandela, Robert Mugabe, Julius Nyerere and other prominent individuals across the continent. The image of Mandela and Mugabe standing on the university sports field and sharing jokes with students was unforgettable!
As an educationist, Mzamane promoted a culture of reading. He would give impromptu lectures whenever there was a platform. He was a popular choice as a guest speaker on literary, arts and educational matters. In his essay, Continuities and Discontinuities in South African literature, he argues, "Mental dexterity, the love of learning, and the intellectual life of a nation depend on an early obsession for reading." He also opines: "It is widely accepted that history is written by the conquerors. The converse must be equally true that, if previously colonised people have not begun to write their own history, they still have a mental bondage." 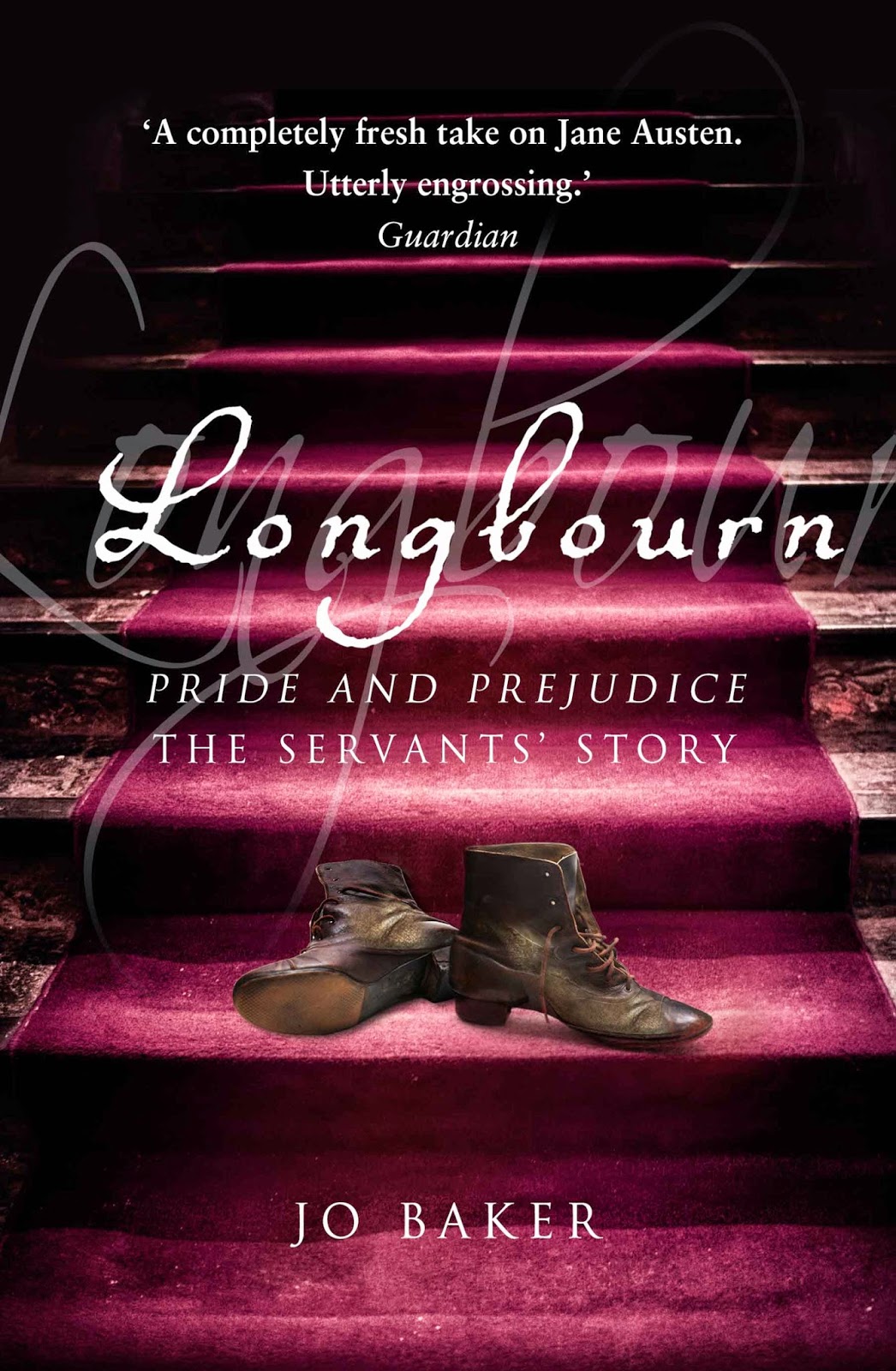 If you were lucky (or unlucky) enough to have avoided a close study of Jane Austen's Pride and Prejudice during your school education, undoubtedly you would not have escaped viewing an adaptation of this popular classic on TV or at a cinema.
It's hard to account for its popularity in this age; universal themes may tie us to this period piece but its almost as if we are gripped by a nostalgia for this very unprogressive period of British history where class and gender completely determined someone's fate.
Such limits provide the friction in the fiction. Of course, Austen embedded her social discourse in an understated brand of British prose. Her commentary is so subtle - a snide remark made over a cup |of tea or a look that betrays disappointment.
The characters in this book occupy a coded world governed by conventions and a kind of language that like the layer of petticoats women wore in that era to conceal their bodies, keeps the truth buried beneath a fluff of civility. This is perhaps why the novel makes such a feast for English lit students; every banal exchange or incident requires rigorous decoding.
Not surprisingly, part of our assiduous dissection of this classic novel has also taken the form of revisionist postmodern literary products where authors' reworking of the novel results in a new narrative or is fused with another genre to produce something familiar, though novel.
Such was the case with PD James's Death comes to Pemberley (2011), where the British crime queen sets a whodunnit in the world Austen created in Pride and Prejudice. Other writers have pursued more unlikely genre mash-ups, such as Seth Grahame-Smith's Pride and Prejudice and Zombies (2009).
Jo Baker's Longbourn (Random Struik House) isn't in this vein; it is not a parody nor is Pride and Prejudice transplanted in genre literature; instead Baker creates a parallel narrative that maps the invisible worlds and characters that might have existed at the periphery of Austen's original.
In this way, she brings the unseen or unexplored territory at the edges into view. In the context of this 19th century class society, the invisible world and characters are the servants and their living conditions. The Bennets' home, therefore, remains the main setting, but instead of Elizabeth and her sisters functioning as the characters upon which the story pivots, Sarah and other servants, such as Mrs Hill, her husband and Polly become the focus.
This is not an upstairs/downstairs drama, in the mould of the uber popular TV series Downton Abbey for we are not fully privy to the world upstairs belonging to the Bennets, the Bingleys and such. We only learn of the events that take place in Austen's novel from a distance; in this way, the narrative focuses on the servant's perspective entirely, rendering Austen's characters as the ghostly "other". As such, Baker reverses the perspective on Austen's story so that she fleshes out Pride in Prejudice in interesting ways that overturn our conceptions of the original. More plainly put: she kills the romance of Pride and Prejudice, forcing us to question this fascination for British period pieces that focused on the landed gentry and the morality of this perspective when such gross exploitation supported this dominant social echelon.
Primarily, Baker sheds light on the overlooked minutiae of the period and the hard work behind the scenes that allowed the upper classes and their relatives to exist. The cleaning, cooking and tedious labour required to keep these large family homes running are the initial focus of the narrative. Baker has obviously relied on research into that period to impart an accurate picture, but it's a work of imagination too as she envisages the psychic cost to the servants, who because of their duties and activities or supporting roles are made to feel as if they are less important than their employers.
For example, when one of the Bennet daughters is prevented from walking into town to purchase ribbons for a dance because of the risk to her health, Sarah is sent instead and indeed catches a cold from making the trip in inclement weather. Her life and health are negligible in comparison to those she serves. Polly, the younger servant, is forced to adopt this name because she couldn't share the name Mary with one of the Bennet girls. At every turn, the servants' status as secondary citizens is affirmed, though in instances they are reminded how fortunate they are to have a place to live - both Sarah and Polly are orphans who have spent time in the poorhouse and the world outside Longbourn or other family homes is presented as being dangerous and difficult to survive in. Domestic service is therefore positioned as offering safety and security, making it that much harder for individuals trapped by it to escape it.

Read more »
Posted by Mary Corrigall at 02:08 No comments:

Stepping out of Biko's Shadow 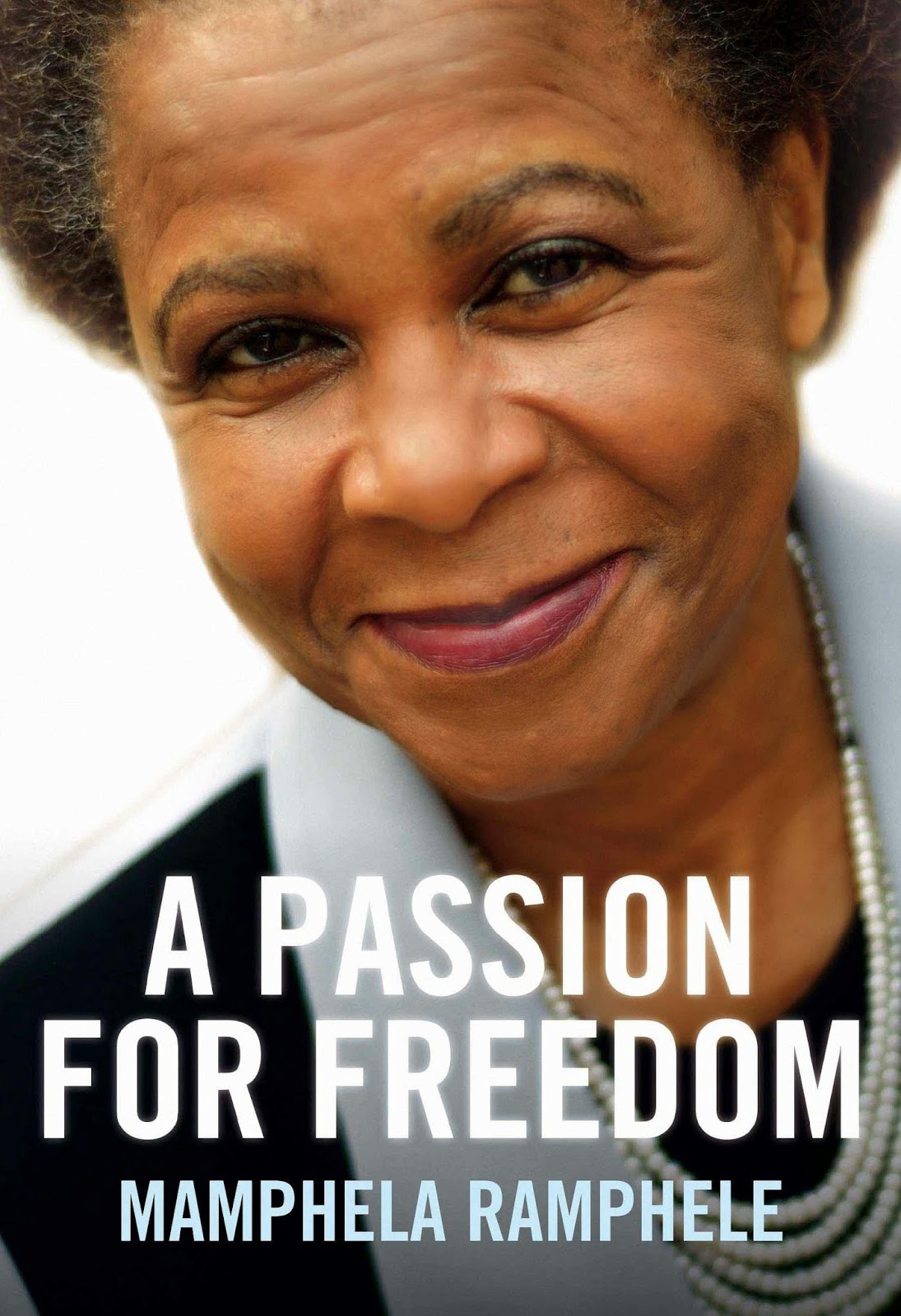 Mamphela Ramphele's name will always be linked with that of Steve Biko - as she points out, she is a kind of honorary "widow" - but here in A Passion for Freedom (Tafelberg) we have her own story, in her own words. It is a story of loss and (although this sounds clichéd) survival and triumph over adversity. It is told dispassionately and honestly, with grace and dignity.
Her academic training affords her a degree of detachment - she is, to use her own term, a kind of "participant observer" - and allows for perceptive analyses of her position as a black female activist in the struggle, as a community health worker, as a medical doctor - and eventually as an academic, as vice- chancellor of UCT, as a director of the World Bank, and lately as the leader of Agang and now presidential candidate for the DA.
A common thread runs through her story: this is her determination not to be dictated to by circumstances, and her passionate concern for the freedom and advancement of the people of South Africa.
Her story starts with an exploration of her familial roots in Kranspoort, situated in what is now Limpopo Province, and she takes care to delineate the communal fabric of life in her home village. As a young black woman she seems destined to become a teacher (few other options were available to black women), and her first life-defining assertion of independence is her decision to become a medical doctor: "I would not become a teacher."
This leads her to the University of Natal Medical School - and to her encounter with Biko and the circle of activists he led. The story of her difficult, multi-faceted relationship with Biko is the pivot around which the book turns. Theirs was a deep, personal and political engagement, complicated by the fact of Biko's marriage. She pays tribute to his presence and personality.
This period was also her initiation into activism: "The formation of SASO and the subsequent maturation of the Black Consciousness Movement into a political force to be reckoned with became the main focus of Steve Biko's life.
"One could not help admiring this tall, handsome, eloquent and totally dedicated activist."
This resulted in the transformation of Ramphele "from an innocent rural girl to a person who became alive to the vast possibilities which life has to offer". It was in the crucible of BC activism that her personality as a fighter and political actor was forged.
Ramphele is relatively silent on the position she must have found herself in as a result of the predominantly masculinist discourse and orientation of the BC movement, as evidenced by the default use of the masculine pronoun, and the restricted use of the term "man". The overwhelming emphasis on race as the determining factor in South African life and politics led to a neglect of gender and of sexual politics.
Ramphele indicates (later in the book) that she had yet to develop a full awareness of the role of gender in personal and societal relations. However, she does describe her growing self-confidence and self-assertion ("I became quite an aggressive debater and was known for not suffering fools gladly") and records the emergence of a group of "similarly inclined women? who became a force to be reckoned with at annual SASO meetings".
At the same time, she states that "ours was not a feminist cause"; it was, rather, an insistence on the need to be taken seriously as activists in their own right.

Read more »
Posted by Mary Corrigall at 02:02 No comments: