A Measure of African Fiction: The Caine Prize 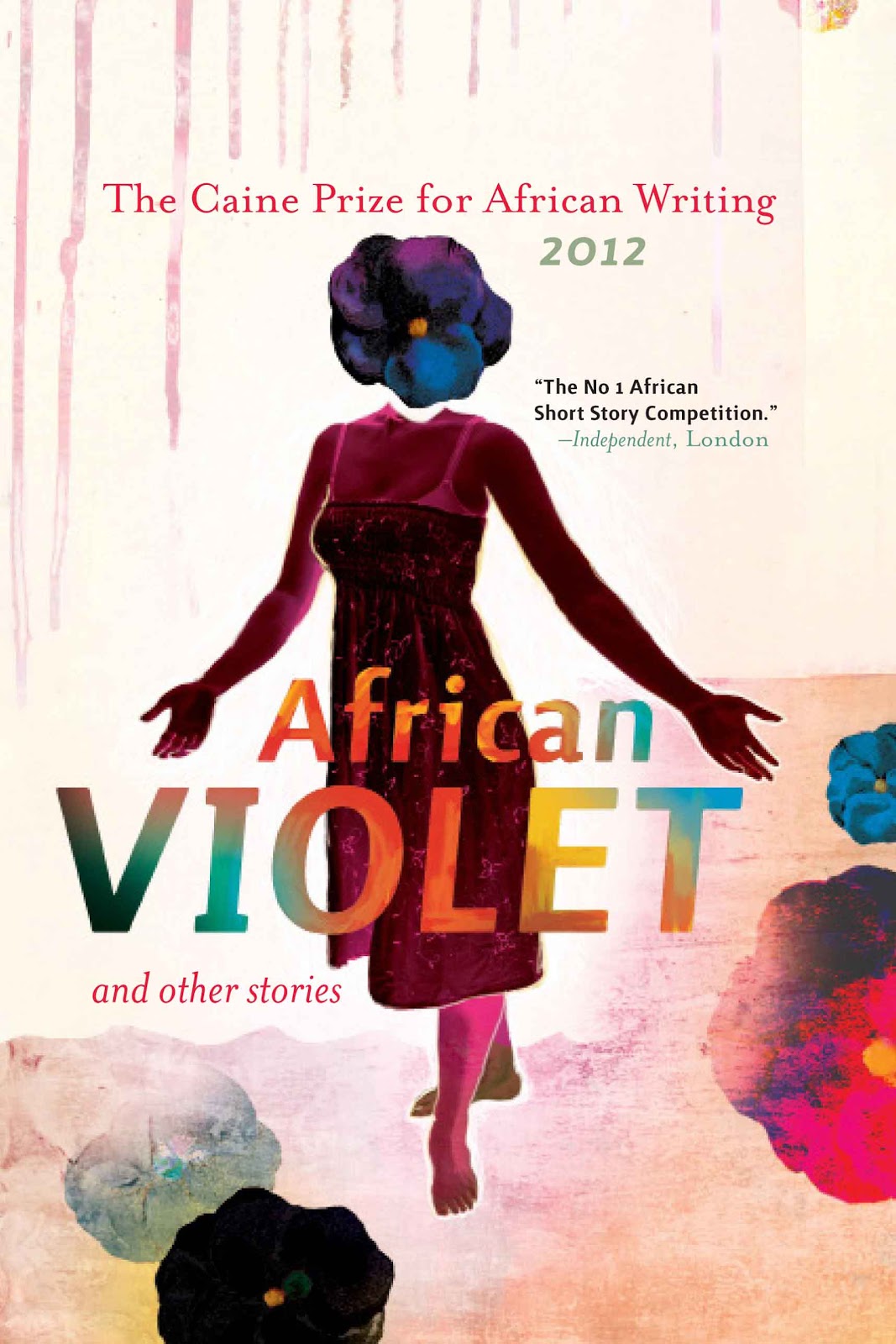 The Caine Prize has established itself as the leading award for African short fiction. Many of its previous winners have gone on to establish themselves among the leading lights of a new generation of African writers.
This collection, African Violet and Other Stories. The Caine Prize for African Writing 2012 (The New Internationalist and Jacana), makes for rewarding and sometimes compelling reading. The stories are not characterised by formal experimentation, but they explore and dramatise the human situations of a variety of protagonists.
The most striking story in the collection is the prize-winning Bombay's Republic, by the Nigerian writer Rotimi Babatunde. This is an exhilarating introduction to a volume that celebrates the variety and vitality of African writing.
In this story, war is the locomotive of change: after his experience of fighting the Japanese in the jungles of Burma in World War II, things will never be the same again for Colour Sergeant Bombay, our Nigerian war hero. There can be no return to a world of fixity, order and stasis (the colonial world) where everything was underwritten by the authority of the god-like white man.
On his return from the war, Colour Sergeant Bombay occupies the old jail on the hilltop, and declares himself life president of his "free and independent republic".
His slide into delusions of grandeur mirrors that of any number of African tyrants and dictators who have occupied the post-colonial stage (from Idi Amin to His Imperial Majesty Bokassa I to Mobutu Sese Seko to Gaddafi to Mugabe).
For all its fantastic nature, the story is an acute commentary on this kind of African leader. The difference is that Bombay's delusions are harmless - he is, after all, the sole citizen of his self-declared independent state. Thousands do not perish at his whim; he commits no genocide: he is a ludicrous colossus ruling over an imaginary state.

Recounting the Loss: There was a Country 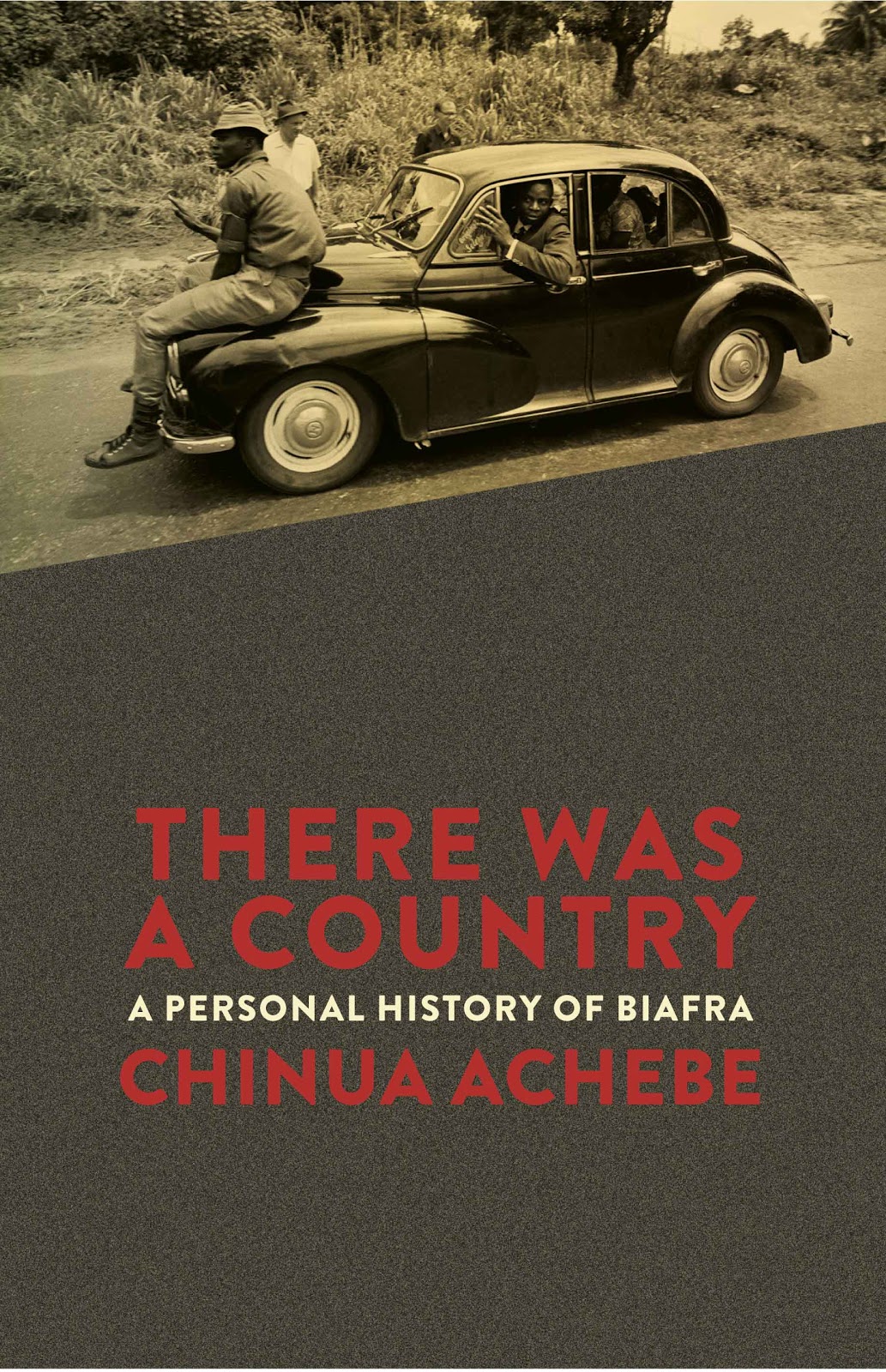 Over three million people dead. A coup, then a countercoup, followed by pogroms throughout Nigeria, especially the north. The year was 1966. Chinua Achebe was about to publish A Man of the People, which ends with a coup. As the printing presses were about to start rolling, life imitated art. Did he know something the public did not - as an executive at the Nigerian Broadcasting Corporation in Lagos?
He didn't. The first coup took him and almost everyone else by surprise. A group of low-ranking officers took it upon themselves to overthrow what was seen as a corrupt government. The leaders of several states were executed in one night. At first there was widespread celebration. Then a story got around that the military coup "was in fact a sinister plot by the ambitious Igbos of the east to seize control of Nigeria". In There Was a Country: A Personal History of Biafra (Allen Lane), Achebe surmises: "The night of January 15, 1966, is something Nigeria has never really recovered from."
There was a countercoup in July 1966, after which the leaders of the first coup were executed. The descent into chaos gained pace. In Achebe's account, we learn that about 30 000 Igbos were butchered in acts of violence, to which authorities turned a blind eye. Achebe mulls this over quite a bit in the book.

Read more »
Posted by Mary Corrigall at 02:52 No comments:

Confessions of a "well-spoken coloured" 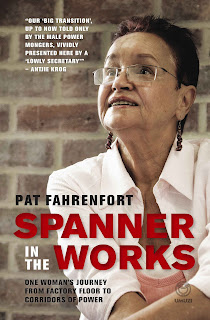 Spanner in the Works: One Woman's Journey from Factory Floor to the Corridors of Power (Umuzi) by Pat Fahrenfort is life writing at its best and bravest. No witness to misery, no complaints about injustice, and if there are encounters with the great, we get to know facets of them that we didn't expect.
It's the story of a working woman's life from 15 years old, when she is jerked out of school one Friday and told by her mother that she has a factory job to go to on Monday. The work is deadly and the supervisory staff authoritarian.
The instant change from schoolchild to working woman proves appalling. Employment means early rising - work begins at 8am and Pat's home is far away on the Cape Flats - compulsory overtime and, as she says, if she is lucky (overtime is sometimes required at weekends) a little fresh air and vitamin D on Sunday.
Not all her fellow workers are unsympathetic: some remember their own early days. Hand the pay packet over to Mother as soon as you arrive home. No ''thank you'' can be expected.
Fahrenfort learns that the pressure to learn adult endurance and acceptance of tedium and exhaustion comes not only from the working environment but from home.
When she is laid off, she tells us that her mother "was displeased, and for a week or more she hardly spoke to me".
For some years Fahrenfort continues, despite her employment, to be at the disposal of her mother, pushed from job to job when there's a chance of a slightly higher wage.
Employers and their deputies are casually racist, casually sexist - it takes skill and caution to escape exploitation by a man who thinks it's his right. She makes one mistake: a single night as a stripper in a club, which horrifies her parents and convinces the sexually predatory that she's fair game. It's a brief detour; before long she is back to the world of daily work.

Read more »
Posted by Mary Corrigall at 02:12 No comments: 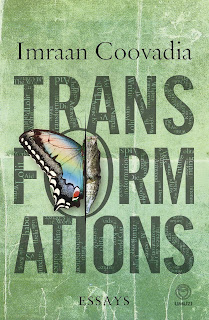 By Betty Govinden
Transformations: Essays - evokes many different emotions, sensations and impressions at each twist and turn of the page. I am propelled into an ever-expanding intellectual universe, as I renew old friendships and make new acquaintances. Why am I surprised by the impressive global and historical sweep of Imraan Coovadia's writings (from Plato to Ranci?re), and the authority and imaginative reach of his thinking, which includes a knowledge of the Bible, its language and style, and of Christianity alongside a new respect and recognition of the everyday? Any great (humanities) scholar, worth his or her salt, should surely do no less.
Reading Transformations (Umuzi, Random Struik), I want to go back to the tutors of my graduate sensibility - Milton, Shakespeare, George Eliot. But I find it hard to accept that my gurus of recent decades - Edward Said, who is chief among them - are being stripped of adulation. Was I missing something all these years, being so enamoured and in awe? I read the lines again. I am frustrated by Coovadian nuance, forcing me to think for myself.
As I press on through Transformations, I appreciate the element of juxtaposition, its audacity. The walls between high criticism and reading low culture are demolished. Coovadia alerts me, in passing, to the notion that in an essay, "gossip and close reading, metaphysics and psychology, philosophy and love and scorn and politics may even co-exist without necessarily provoking discordance".
Indeed. JM Coetzee and Shrien Dewani make strange bedfellows. But they are both pared down here. I warm to the allusion game that Coovadia loves to play. I think of TS Eliot's "hollow men". Coovadia writes each differently, but with the same pace, the same modulation, and I begin to appreciate his rendering that an essay "is nothing but the shifts and turns in topic which come through a writer's hand-like shifts and turns through the hands of a pianist".

Read more »
Posted by Mary Corrigall at 02:07 No comments: